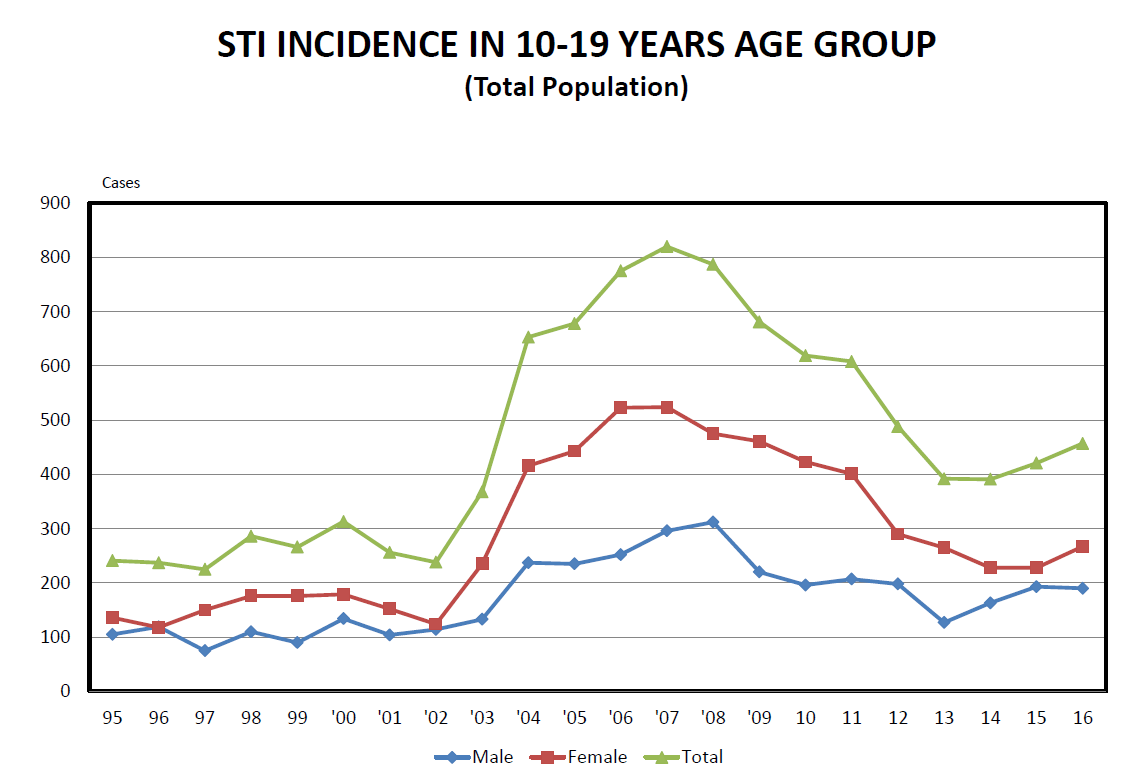 The Singapore Department of Sexually Transmitted Infections (or DSC) revealed in January this year statistics on sexually transmitted diseases/infections (STDs/STIs) in Singapore. Like most developed countries, chlamydia has the highest incidence rates in Singapore, with the number of newly diagnosed cases of 2,900 in 2016 alone. Gonorrhoea, followed by syphilis are the second and third most common STDs respectively.

While the highest proportion of STDs occur among people between 20-29 years of age (over 40%), one worrying trend is that the proportion of 10-19-year-olds with STDs has been increasing between 2014-2016. Sex education in schools and at home should be encouraged.

It is possible and not uncommon for a person to be infected with more than one STD. Hence, it is always important to be tested for other STDs if you have already I’m been diagnosed with one.

Moreover, some STDs may have no symptoms, or infections may linger in the body for weeks or months before symptoms develop.

Be responsible. If you are in a new sexual relationship, or have had casual sex, you should screen for STD. Persuade your partners to be screened as well.

Stop the spread of STDs/STIs.

Get tested today. There are sensitive and accurate tests.

STDs may be treated effectively. If you suspect you may have an STD, consult our doctors immediately